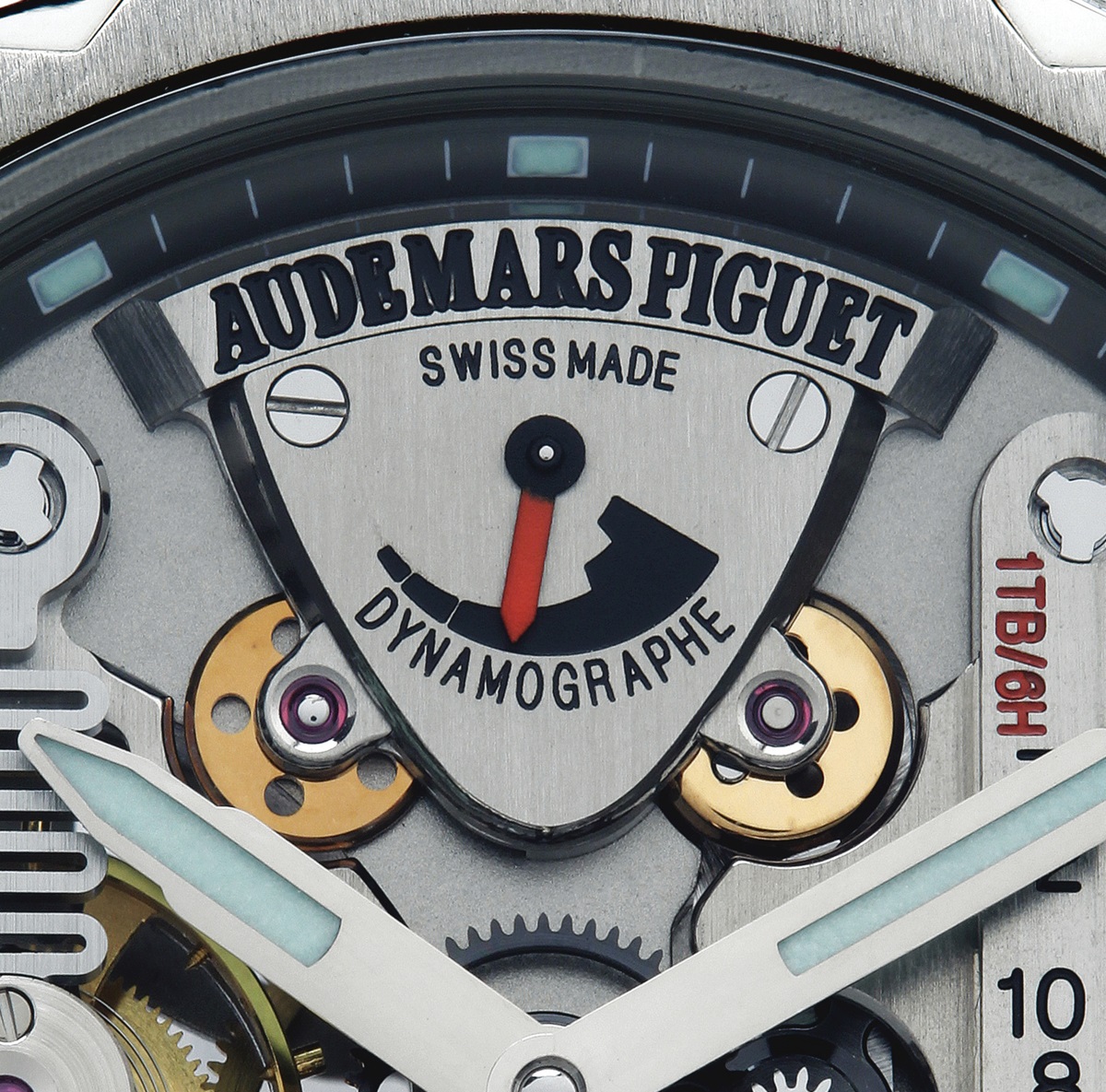 Indicates the amount of instantaneous tension in the mainspring so as to maintain it within ideal limits.

The dynamograph indicates the optimum torque supplied by the barrel spring. A direct sensor detects the barrel force and indicates the moment of the watch should be rewound to ensure optimum operational precision. The main spring could be wound up to the point where the hand of the dynamographe reaches the thickest part of the indicator sector which displays when the optimum torque level is reached.  When the hand leaves the first zone of this dark area, torque starts to drop below the ideal level and this has an adverse effect on the operational precision of the movement.

The dynamograph hand moves in response to torque variation and may therefore appear at the same position on several occasions, unlike the power reserve indication hand which continues to move until the watch finally stops.

The "Dynamograph" was used in the Audemars Piquet Piquet Royal Oak Concept Tourbillon watch in 2002, and its next incarnation took place in 2003/4 in the Tradition d'Excellence model from the collection of Jules Audemars.