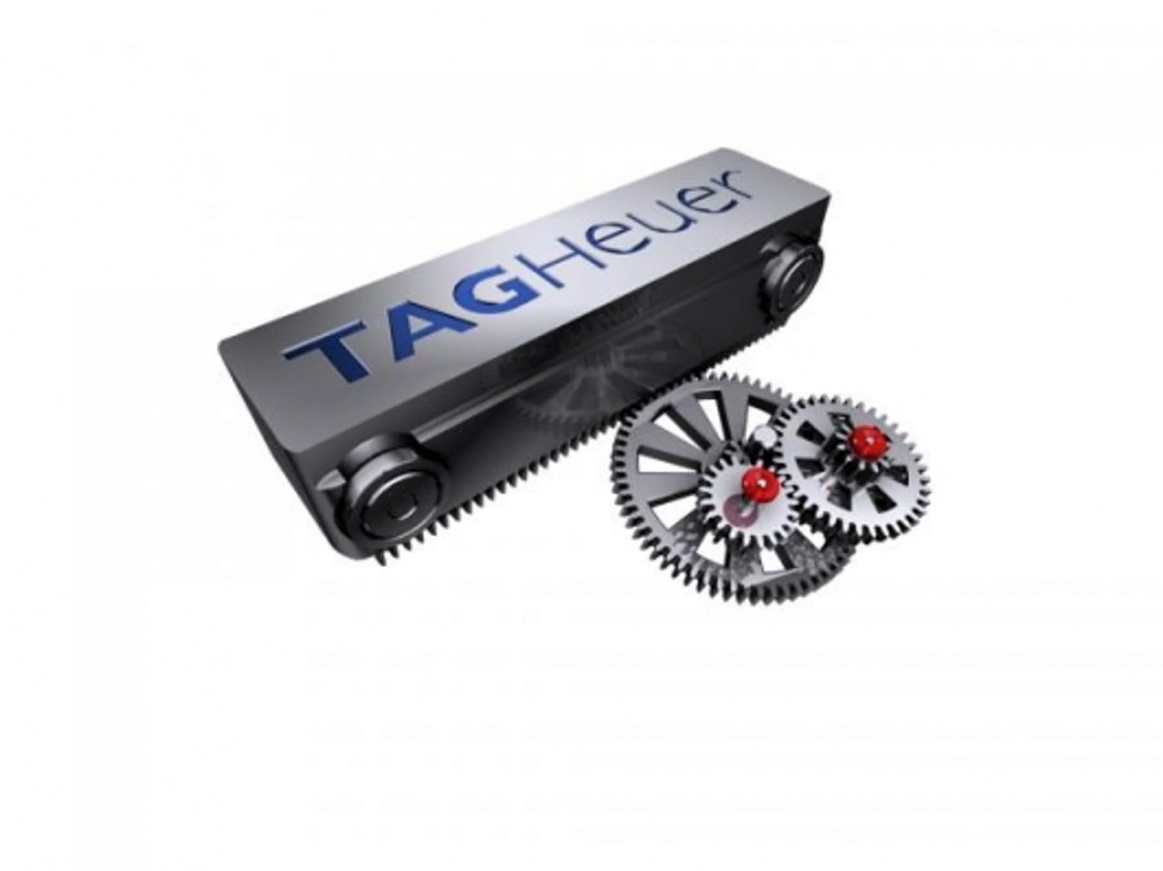 Tag Heuer presented a prototype of a Monaco V4 watch (not for sale) in 2004 with an unconventional model of inertia mass of automatic movement. 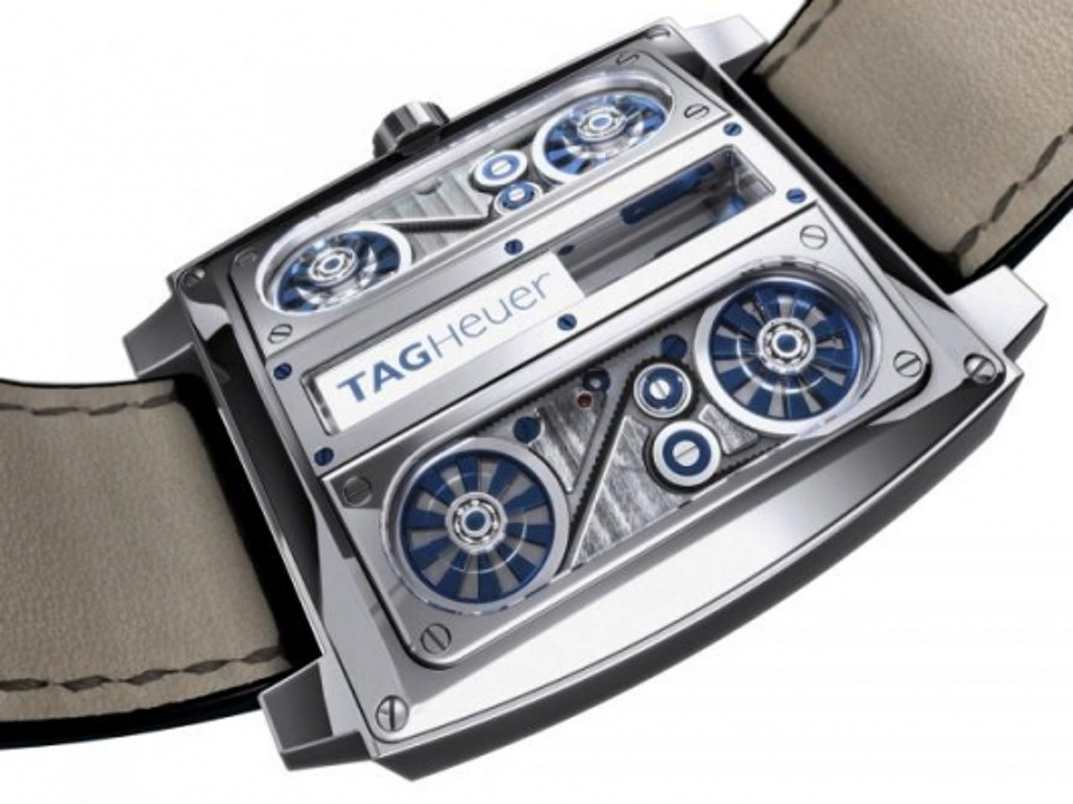 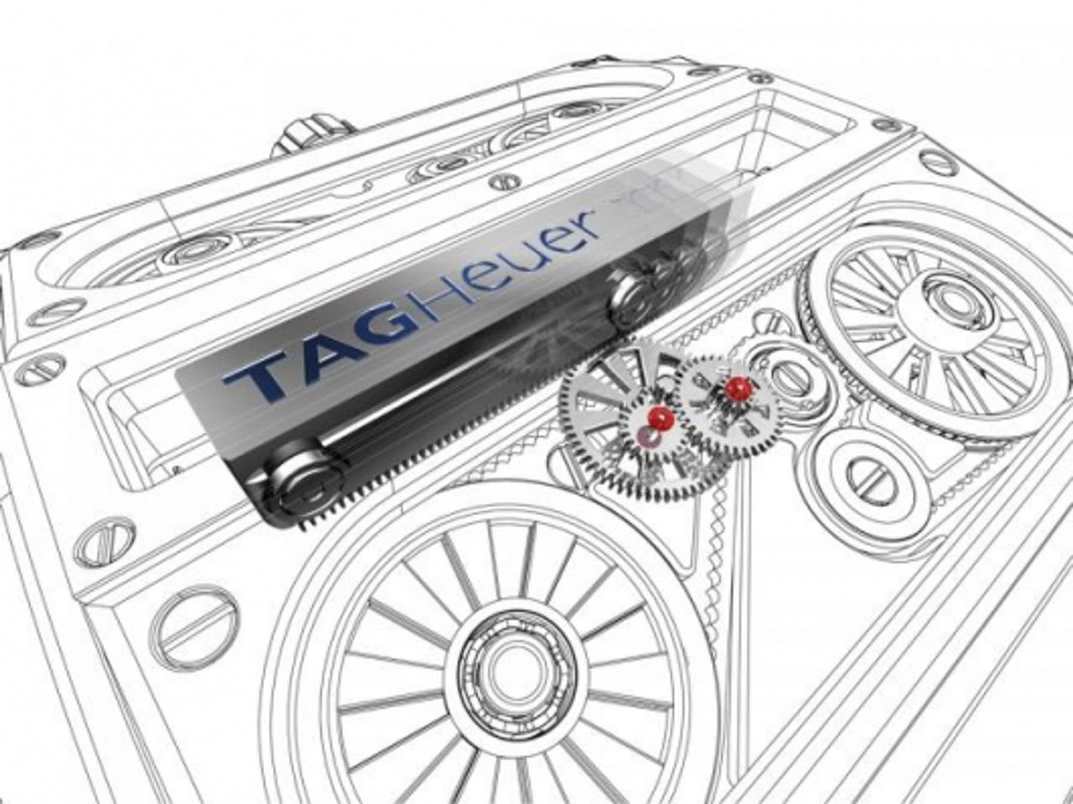 It was made of a tungsten ingot that slides back and forth, providing the same force as the rotor in a conventional watch. It provide autonomy for 40 hours.

The idea for a new mechanical movement showed Jean-François Ruchonnet.

The prototype concept waited 5 years for production to show a commercial version of platinum for small-scale production in 2009.

At BaselWorld 2011, Corum made debut with a new limited edition Golden Brigde model equipped with the C0313 mechanism, which also uses the linear inertia mass of the automatic movement.

The linear pendulum moved on the teflon-coated rails.

The contact surfaces were coated of beryllium copper and ceramic ball bearings provided unidirectional winding with a 40-hour power reserve. 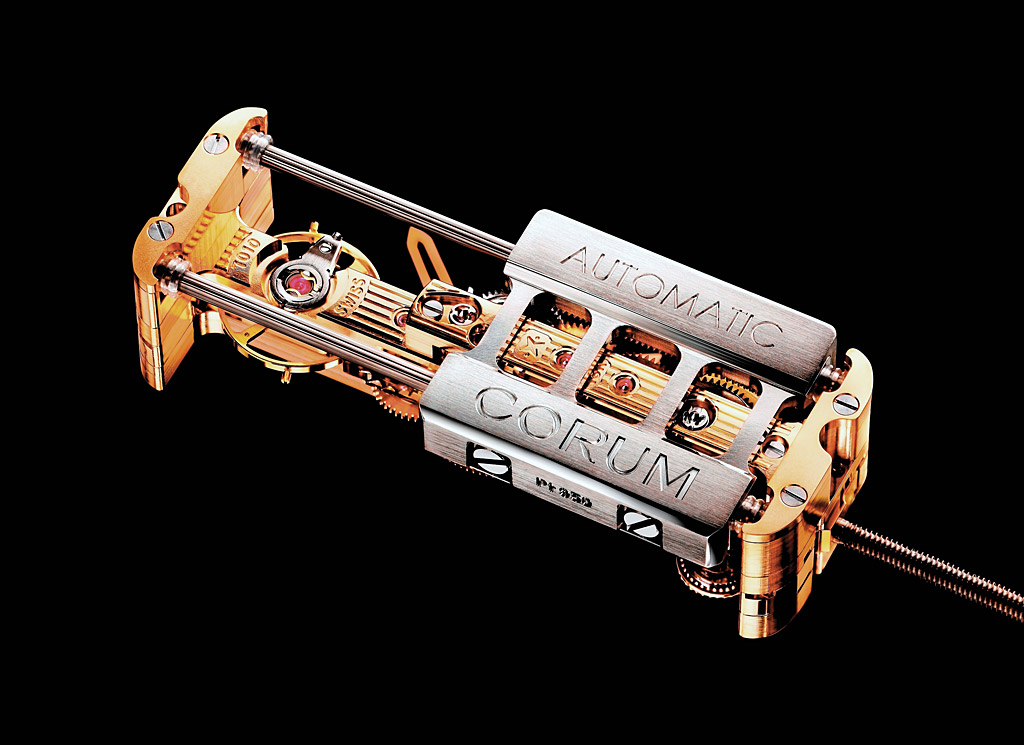 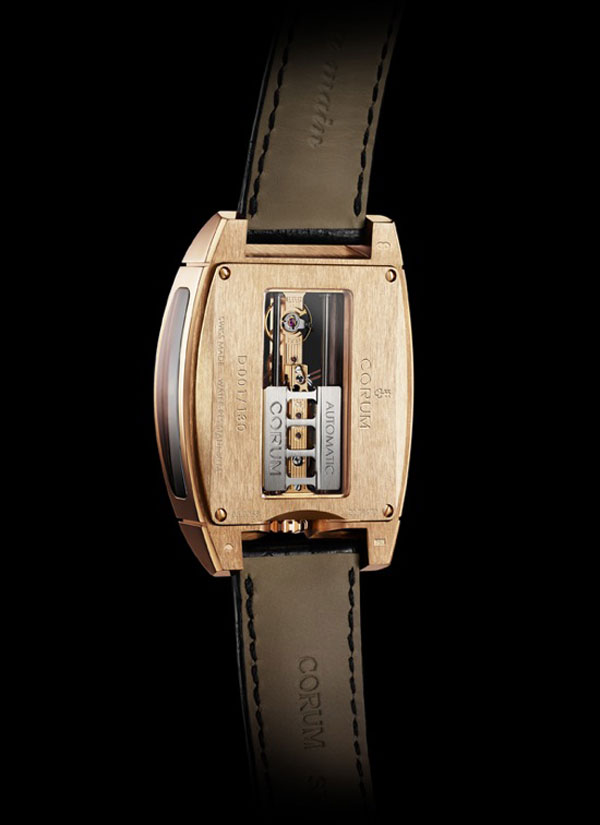