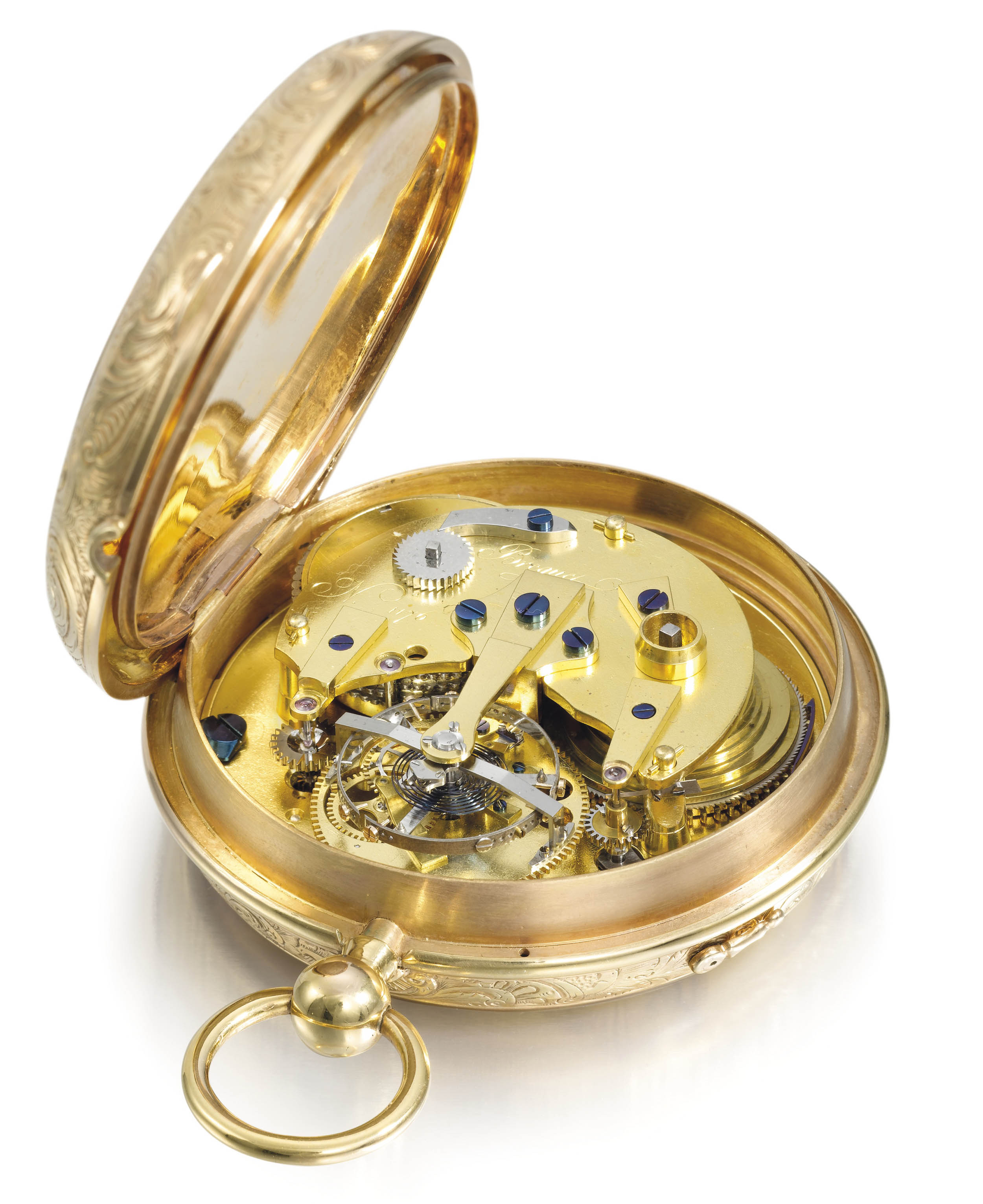 On June 26, 1801, Abraham-Louis Breguet earned the rights for a patent on ten years for a new type of regulator called "Tourbillon". 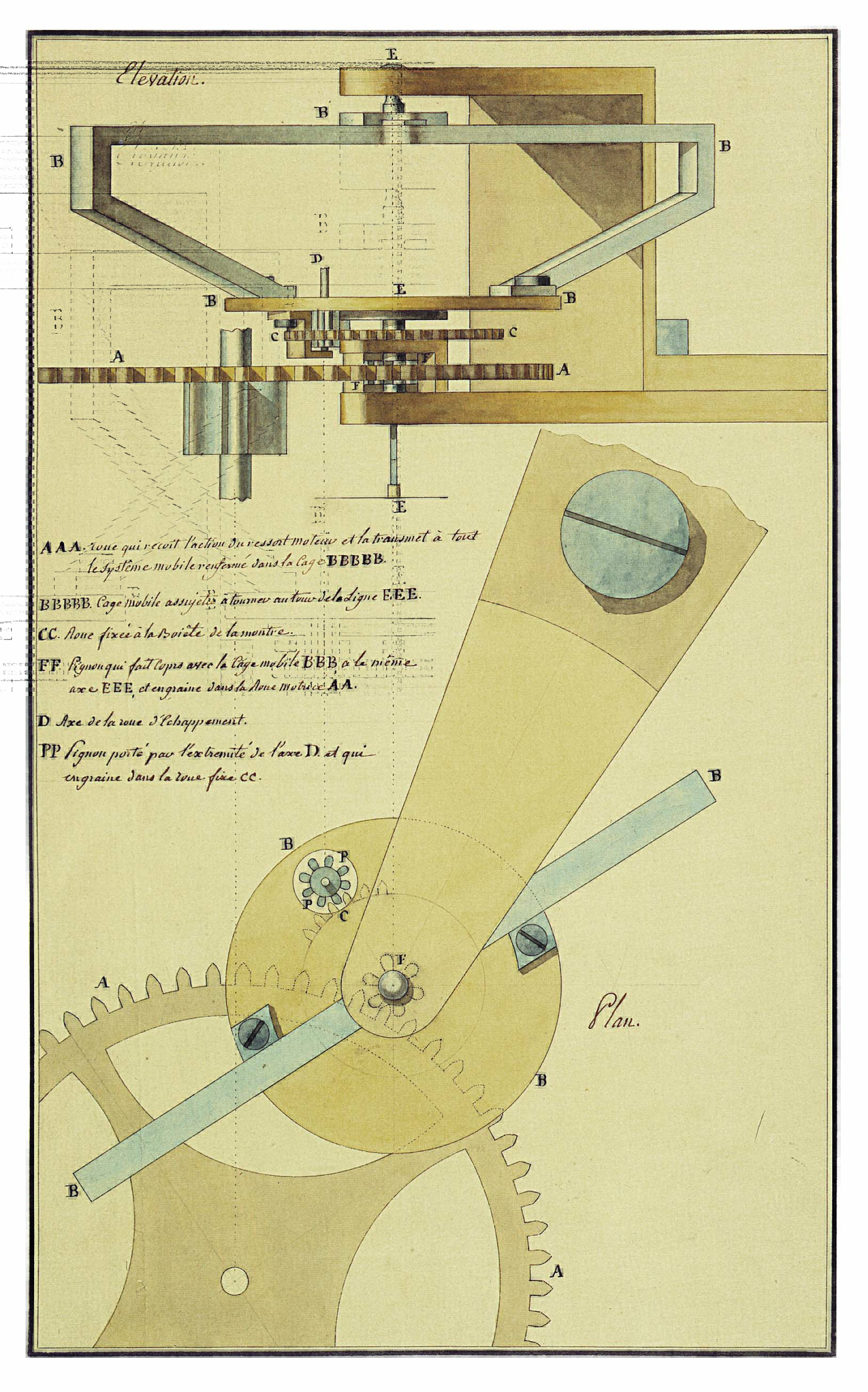 Abraham-Louis Breguet based his invention on the observation that gravity is the enemy of the regularity of horological movements, in that it provokes variations in timing adjustment with each change of position of a watch when worn. To solve this problem the impact of gravity, Breguet had the idea of installing the entire escapement (meaning the balance and spring, the lever and the escape-wheel, the parts the most sensitive to gravity) inside a mobile carriage that performs a complete rotation each minute. Thus, since all the flaws are regularly repeated, they are engaged in a process of mutual compensation. Moreover, the constant change of point of contact undergone by the balance pivots in their bearings ensures enhanced lubrication.

Even though the progress of watchmaking has made it possible to considerably improve regularity by more classic means, the Tourbillon, patented in 1801, remains a great invention, a legendary milestone in Breguet’s career.

The first Tourbillon was commercialized in 1805.

The following year, the invention was presented to the public at the National Exhibition of Industrial Products that was held in Paris on the Esplanade des Invalides in September and October 1806. Described as a mechanism by which timepieces “maintain the same accuracy, whatever the vertical or inclined position of the watch”.