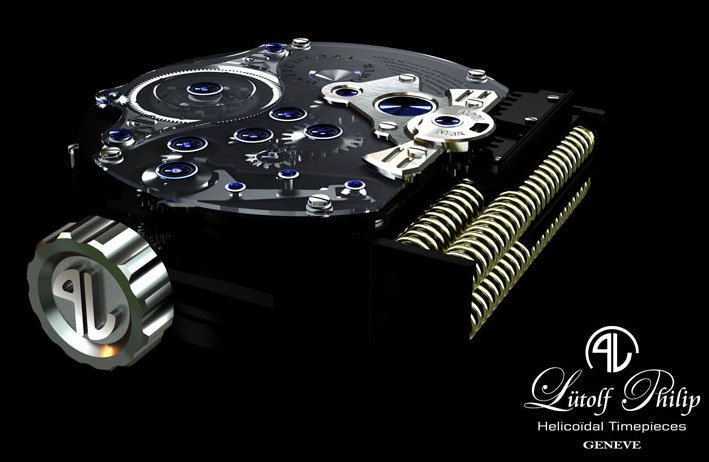 For the first time in history there is now a movement which is powered by helicoidal spring. The maximum delivered power in the H-Power movement is 100 Newton (~ 10kg). It is about 20 times greater power than a traditional spiral spring.

It also has some limitations. Its energy discharges very rapidly and its curve is less constant than that of the spiral spring. For centuries, watchmakers have tried to flatten this curve to obtain a constant force.

Philip Lütolf has worked for nearly ten years for various multinational companies in the auto-mobile sector and he  built a device that uses the energy accumulated in a helicoidal spring only to a small extent of its operation - in a small part of the curve illustrating its characteristics. He called this device H-Power.

The properties of the helicoidal spring were originally discovered by Leonardo da Vinci many centuries earlier.

How H-Power movement it works?

According to a publication in Europa Star August-September 2008 and on the manufacturer's website, the H-Power mechanism works as follows:

Four hand-wound helicoidal springs transmit their energy, as they unwind, to a mechanism called a ‘Linear High Strength Regulator’. This device reduces the energy and re-transmits it to a gear train, which in turn rewinds the barrel spring to achieve the optimal energy. At any given moment, a unit, the ‘Bi-Planetary Differential’, reads the torque of the barrel spring and mechanically transmits this information to the ‘Automatic Torque Control System’ via the ‘Steering Control Distributor’. When the Automatic Torque Control System receives this information, it releases, on demand, the exact amount of force necessary to maintain constant torque of the barrel spring, via the ‘Instantaneous Double Escapement Trigger’. It is vital that this energy be transmitted in one step. This self-regulating mechanical system can thus accumulate energy during the operation of a watch and then release it instantaneously when needed.

Since 2005, Philip Lütolf has carried out a whole series of simulations, tests, prototypes, and validations. This first model HP-1 will provide the hour, minute, sweeping seconds hand and a second hour and minute indication controllable by a pushbutton. 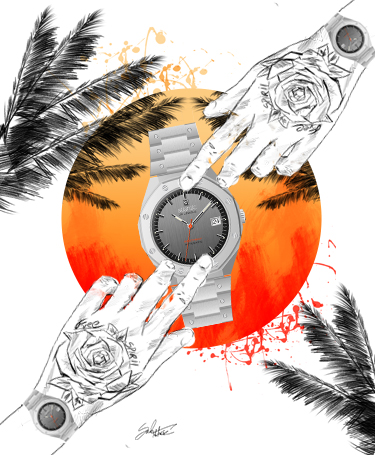