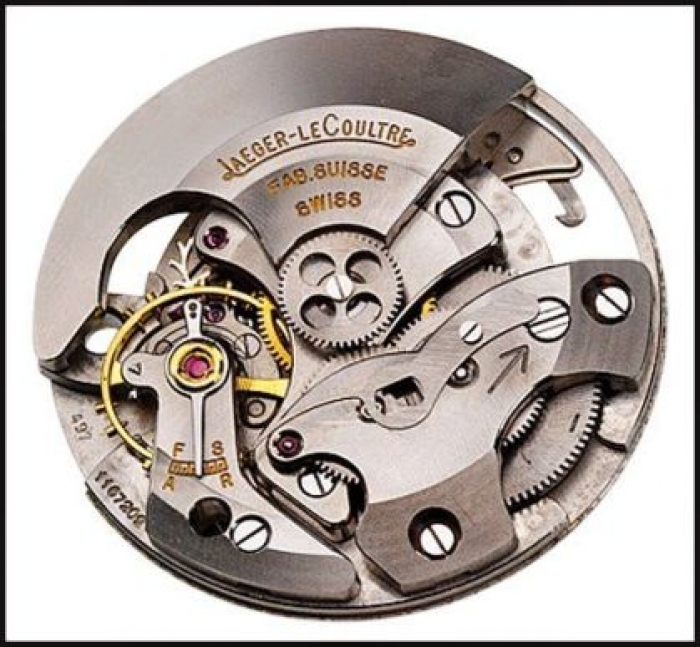 Jaeger-LeCoultre presented the Futurematic wristwatch in 1953. The Futurematic was another after Harwood’s watch without a crown for winding the mainspring, having a flat crown on the back that was used solely for setting the time. The Bumper self-winding movement was equipped with a rotor suspended from both sides of the movement. The Futurematic did not have a manual winding. 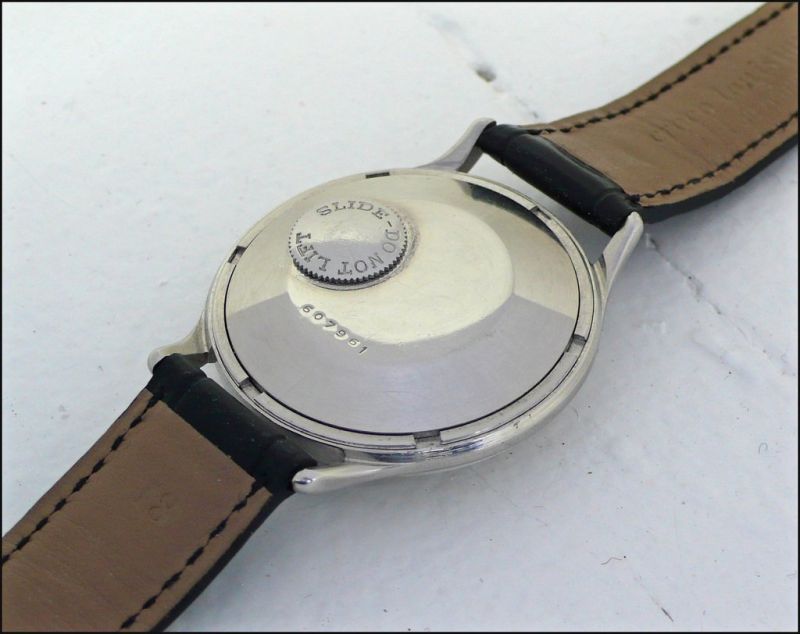 The Futurematic was produced with two different dials. Both dials have a central time indicator for hours and minutes. The earlier dial has a two sub dials with a small second indication and a power reserve indicator. The later dial version called Futurematic Porthole had two portholes with rotating discs, one as a power reserve indicator with a colour change of red or blue to white, another porthole had a disc with an arrow to indicate the seconds. 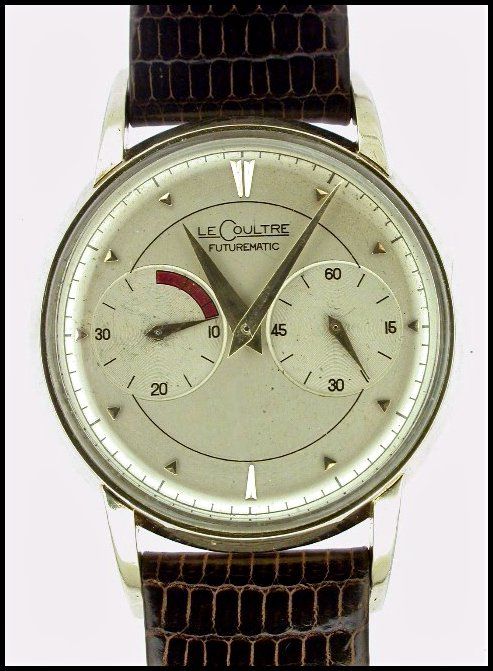 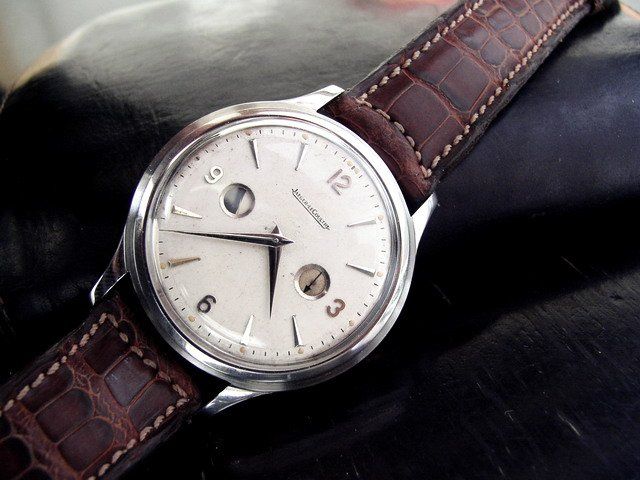