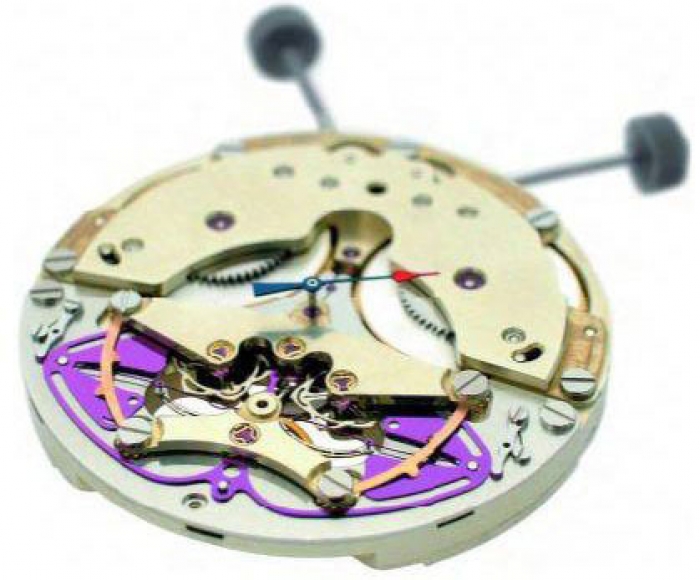 The constant force escapement project with a bending blade in the frame was resumed in 2004 by Girard-Perregaux, for whom Nicolas Déhon has been working since 2002. GP also acquired patents filed by Rolex. In the meantime, the market for silicon technology has emerged, which has made it possible to resume work.

Silicon has seemingly contradictory properties such as hardness and elasticity, which allow it to move rapidly from a stationary state to a deflected state, releasing energy and not exposing the material to loads that could lead to its cracking or fracture.

Below is the principle of Girard-Perregaux Constant Force Escapement:

The left escapement wheel supplies energy to the anchor causing the elastic deformation of the escapement blade and accumulates energy. The blade works as a micro energy storage until the blade is turned to the opposite stable state. A small spline on the wheel escapement locks the blade and precisely adjusts the impulse lever forks.

From 2013 Girard-Perregaux Constant-Force Escapement is available in the “haute horlogerie” watch collection for sale.