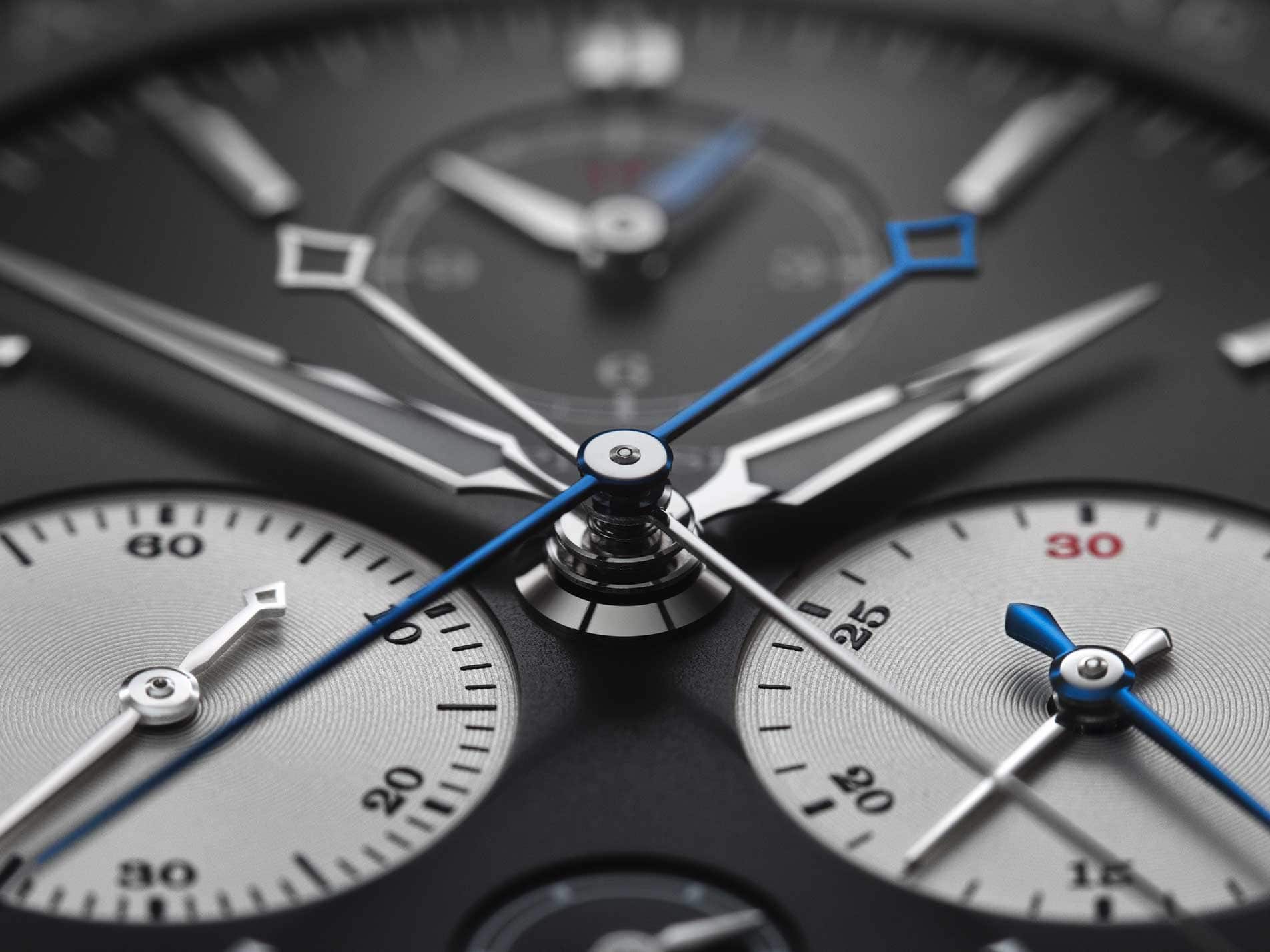 A. Lange & Söhne introduces a new dimension in the measurement of time intervals with the Triple Split function. It is the first mechanical split-seconds chronograph, that allows multi-hour comparative time measurements. This is possible thanks to the triple rattrapante mechanism for seconds, minutes and hours.  Thus, the TRIPLE SPLIT can precisely measure and compare single and additive times, an unlimited number of intermediate and reference times, and two simultaneously started events that can last up to twelve hours. The time display can be read out to an accuracy of one-sixth of a second.