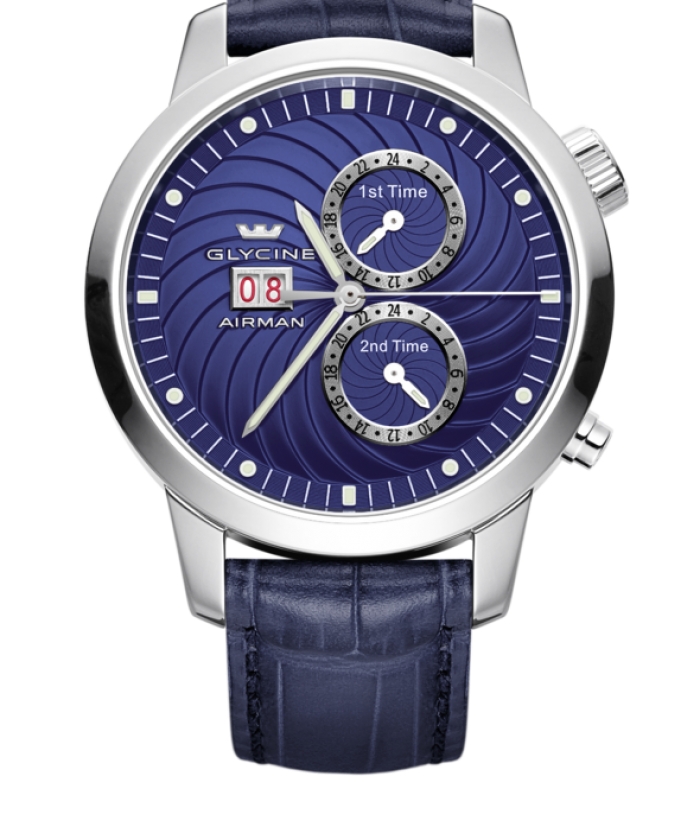 In 2013, Glycine constructed and patented the indication of 3 time zones with separate hourly hands.

Originally these indications were performed using three independent mechanisms in one envelope. Since 2013, they have been replaced by a single movement GL230 with a patented time zone module using two noncentric hourly indications.

The time zones are operated by means of an integrated push-button with crown (second zone) and an additional pusher (third zone).